Bryan O’Sullivan founded The Bryan O’Sullivan Studio just nine years ago, yet has already earned recognition for his timeless and innovative interior designs across Europe and The United States.The Irish-born, London-based interior architect worked alongside leading designers such as David Collins, Martin Brundinkski, and has honed his own compelling and elegant style. Winning Elle Decoration’s Interior Designer of the Year award in 2020 and creating one of the most Instagrammed locations in London, The Snug is just the beginning.

We take influence from various forms, from architecture to art and design, to landscape and traveling. - Bryan O'Sullivan

What makes O’Sullivan’s designs unique? “The Bryan O’Sullivan Studio design aesthetic brings together multiple influences to create places where people feel comfortable and at ease,” describes Bryan O’Sullivan. “All the while maintaining a sense of place.” A new location in New York has expanded the team’s reach, and they’ve even taken part in a few maritime projects. 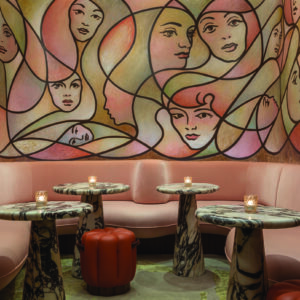 Refined details and warmth illustrate the essence of The Bryan O’Sullivan Studio and its impressive collection of projects. The elements of comfort shine through each design and are crucial to the founder and the team as a whole. According to O’Sullivan, “We strive to make even the most demanding spaces appear welcoming and timeless, whether a public hotel or private residence.” The Painter’s Room, for example, is the cocktail bar at Claridge’s in London that invites guests in with warm pink tones and stained glass windows. Some may think green onyx panels and fluted marble would create cold surfaces and harsh edges, but the studio has mastered comfort in even the most unlikely of ways. Silky pink marble, which takes center stage in The Painter’s Room, pairs perfectly with soft, muted lighting that filters through the delicate stained glass to entice guests to stay awhile.

An imperative step in the process of creating designs like this is to pool inspiration and ideas from a group of talented team members. “The team is everything,” O’Sullivan explains. “We believe it’s important to draw from a breadth of expertise and inspiration, both for us and our clients.” It’s this emphasis on collaboration that creates long-lasting relationships between the studio and its clients.

The team also focuses on the idea that not any one project is exactly the same. “We approach each project with a completely new and fresh perspective,” notes O’Sullivan. The first step of a new project may look familiar, however, as they tend to start with a creative session with the team. “We do an initial brainstorm with the team to develop ideas and create a sense of what we would like to achieve, that is the foundation of every project.” It’s a foundation that seems to be working. 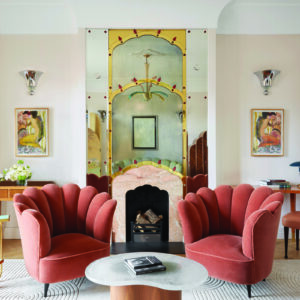 The studio’s projects often highlight a few key elements, which stand out, but also work together to elevate the space as a whole. This is due to the thorough understanding of each space, the area, and its history, rather than ever-shifting fads and trends. “We try our hardest not to follow trends, instead favoring a classic approach to design,” says O’Sullivan about what’s trending at the moment. A townhouse in Richmond has beautiful gardens outside, which are emboldened to bring the outside in, a tried and true concept. Dano’s, a restaurant in Portugal, is part of a stunning leisure and training facility in Quinta do Lago. This design draws on traditional blue and white with white-washed timber and various shades of blue incorporated into the heart of the space to execute a timeless and authentic space. The studio draws from inspirations all around, which gives each design a timeless, but exciting edge. “We take influence from various forms, from architecture to art and design, to landscape and traveling,” adds O’Sullivan. 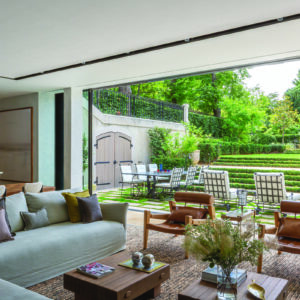 The studio proves its versatility while sticking to the main principles that make up its well-known aesthetic in one of its favored projects, the Berkeley Bar. “We re-developed the Berkeley Bar in 2019, which was incredible for us. It was our first project with the Maybourne Group and gained us an Interior Designer of the Year award in 2020,” says O’Sullivan. The story behind the design of the Berkeley Bar is one of layers with old-world glamour balanced against refinement, which earned them the well-deserved recognition. According to the studio, a few key features include a half-moon marble bar, a central fireplace, and a chic hideaway, The Snug. “That was our first major hotel project in London and has allowed us to work on more projects with the same hotel group,” adds O’Sullivan.

We take influence from various forms, from architecture to art and design, to landscape and traveling.
Bryan O’Sullivan

With a long list of projects on land, maritime projects are an exciting addition to the studio’s repertoire. The Mosaique and Icon yachts demonstrate the same individualization that goes into every project and, of course, comes with their own unique set of challenges. “Quite often, there tend to be low ceilings on maritime projects, so making sure the joinery construction is fitted to scale can be a challenge,” O’Sullivan explains about some of those difficulties. “Also, making sure everything is fixed in place, and nothing moves with the boat! Finishes are also incredibly important and keeping in line with the many regulations that come with a maritime project.” But challenges are made to be faced, and pushing boundaries are what makes this studio one to watch.

What does the future of The Bryan O’Sullivan Studio look like? With a well-established presence in some of the world’s most well-known cities, the studio is poised to continue growing and expanding. “We are working on some exciting new hotel projects with the Maybourne Group both in the U.K. and the U.S. Since setting up our studio in New York in 2019, we have had lots of residential and commercial projects in the U.S., which has been incredible,” says O’Sullivan. Another interesting project on the horizon is that, “we are also in the process of developing a furniture, lighting and accessories line, which we will be opening in 2022.” 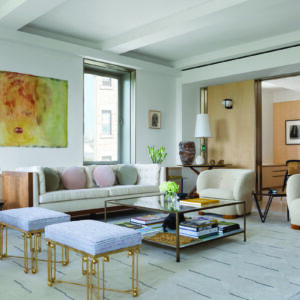 Already featured in Architectural Digest, House & Garden, Elle Decoration, Vogue Living, Image Interiors, The Gloss, and many more, the design industry is sure to hear more about this studio and its pleasing aesthetic.

In times of uncertainty, we often look to our real estate leaders to make predictions with confidence. How are rising interest rates and a downturn in the stoc...

Pampered Departures and Arrivals for VIP Fliers: The Private Suite

Travel, even with a first-class ticket in hand, can try any passenger’s patience, jostling with long lines at Transportation Security Administration (TSA...

Whether you center your life around great food, collecting watches, or traveling to off-the-beaten-path places (or all of the above), the fall 2022 issue of Ho...

A waterfront estate located in the security-patrolled Seven Isles neighborhood of The Las Olas Isles has debuted on the market for $24 million for the...

A decade ago, zero-emissions cars seemed like a novelty. Today, luxury car brands have not only embraced the idea, but many plan to go all-electric in the deca...

Chefs spend their lives chasing Michelin stars, those elusive medallions that validate years of sacrifice and put their restaurants on the map. The most renown...

Quiet and peaceful is the promise of this southwest-facing shoreline sanctuary in Minnesota lake country. The property – sited on 2.19 majestic acres ...

Solidifying Our Legacy in Luxury

In moments of uncertainty, people tend to gravitate to what they know. Brands with rich heritage and longevity give people a sense of trust. They make connecti...

The Minnesota State Fair announces 47 brand-new beverages premiering or found only at the 2022 fair. In addition, there will be 43 returning beverages found on...

Imagine rolling out of bed and having an entire ocean within arm’s reach…. Somnio Superyacht is preparing to bring the height of luxury to the wat...

Start with an intention, take a tailored journey, and find your success among many others at one of three Miraval Resort & Spas locations. Each unique prop...

It All Goes Back to the Agents

In real estate, you need to be ready for anything. No one could have predicted the last two years of explosive growth for luxury real estate. Now the market is...

As far as infinity pools go, this 67-foot infinity pool that seemingly extends to the horizon and out to the uninhibited ocean view of Malibu’s stunning ...

Fireworks Displays Around the Twin Cities in 2022

Looking for fireworks to watch to celebrate Independence Day? Here are some options for fireworks displays around the Twin Cities metro over the weekend a...

“What’s one thing you can do now, next week, and in six months?” That’s how Vice President for Global Luxury Michael Altneu c...

For years, Southwest Florida has been known as a beautiful and relaxing respite from the chaos of daily life—and chilly winter weather! Since 1992, Flori...

“Study nature, love nature, stay close to nature. It will never fail you.” Frank Lloyd Wright had a point – and it was long before the stay-...

Establishing meaningful connections: it’s one of the most underappreciated aspects of the luxury real estate profession, and yet it can so often determin...

Luxury travelers go to the Galapagos Islands for the dramatic landscapes. The wildlife that can’t be seen anywhere else in the world. And to walk the lan... 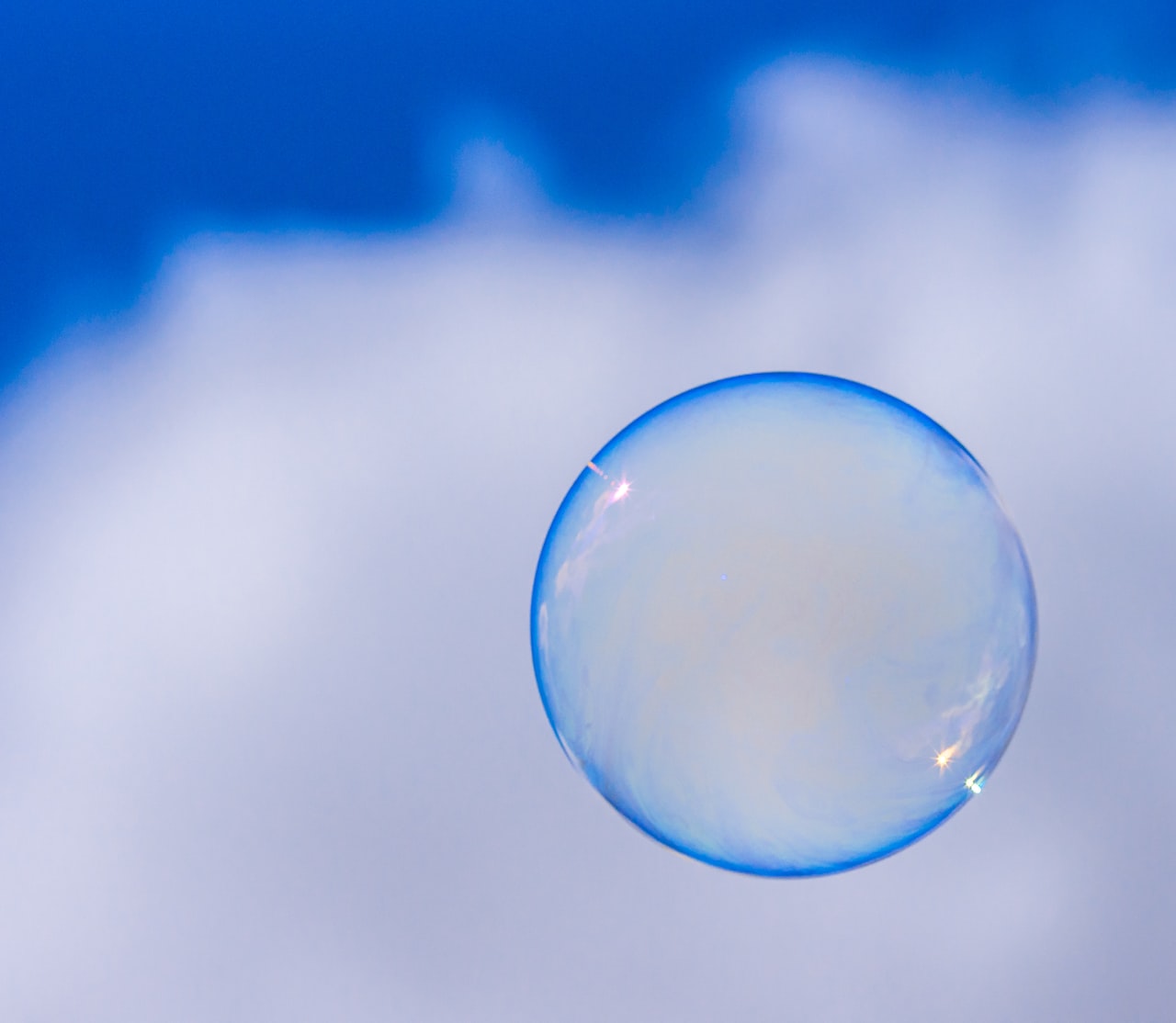 Why This Housing Market is Not A Bubble Ready to Pop

Homeownership has become a major element in achieving the American Dream. A recent report from the National Association of Realtors (NAR) finds that o...

Lotus Becomes The Latest to Introduce an All-Electric SUV

Lamborghini did it. Bentley and Rolls Royce did it. Ferrari is currently in the middle of doing it. Each of these brands known for their ultra-luxury automobil...

Sit with Whitney Bromberg Hawkings for just a few minutes and you will quickly discover that this visionary and talented CEO of the world’s first luxury ...

t’s official: we’re living in the era of the getaway property. Once viewed as a luxury reserved for the ultra-wealthy, escape homes are on the ris...

People who are conscious of the built environment around them, known vernacularly as architecture buffs, plan entire itineraries around seeing and visiting the...

New BMW is a Color-Changing Chameleon

lack? Or white? If you’re undecided on whether to embrace dark or light when it comes to your next luxury vehicle, BMW may be able to help with that.&nb...

“Investors have enjoyed above-average returns from stocks in recent years, and property markets are also scaling new peaks, but this doesn’t necess...

Inside the $99.5 Million Malibu Compound of Actress Barret Swatek a...

The blockchain is no longer simply the foundation for cryptocurrencies and non-fungible tokens (NFTs), but the disruptive technology is now very much a part of...

The pandemic created a longing in many of us to escape the hustle-bustle of city life and find retreat in the beauty of the outdoors. For a Chicago-based famil... 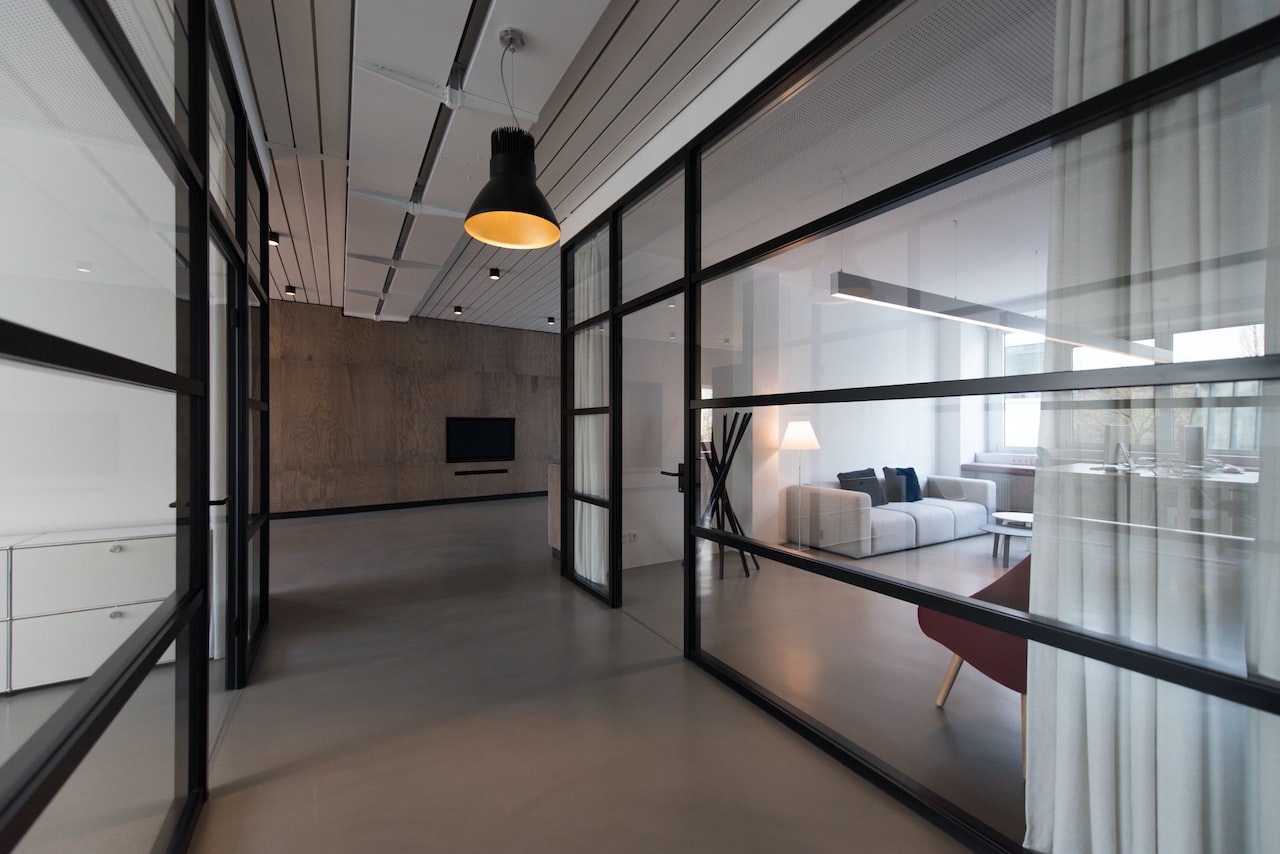 Waiting on the Housing Market to Crash? Don’t, Experts Say.

he spring season officially starts March 20, however this month’s newest batch of $10 million+ listings say otherwise. At least when it comes to real est...

“A showpiece of design,” the listing agents declared. A look inside this classic Florida-style waterfront estate, and it becomes clear why such a d... 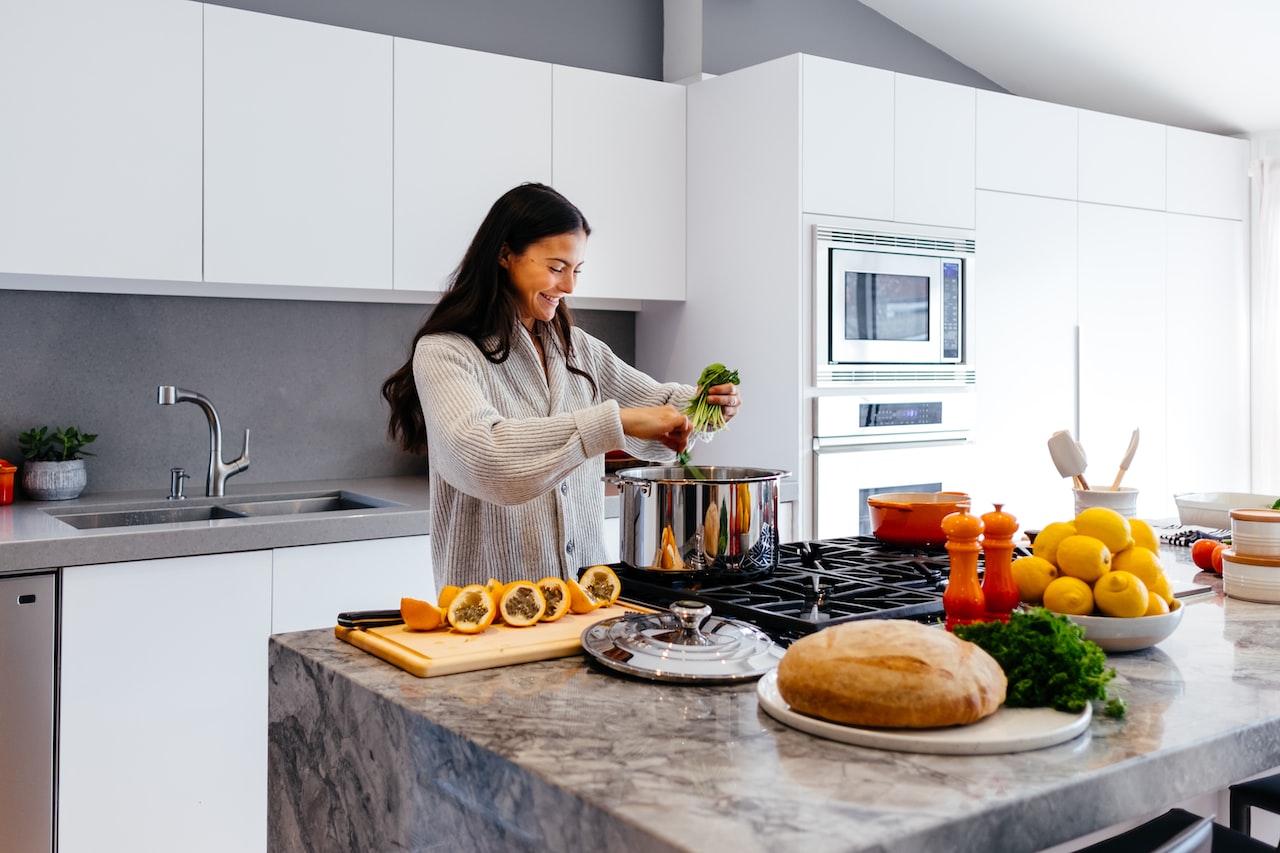 Finding the Right Remodeler for You 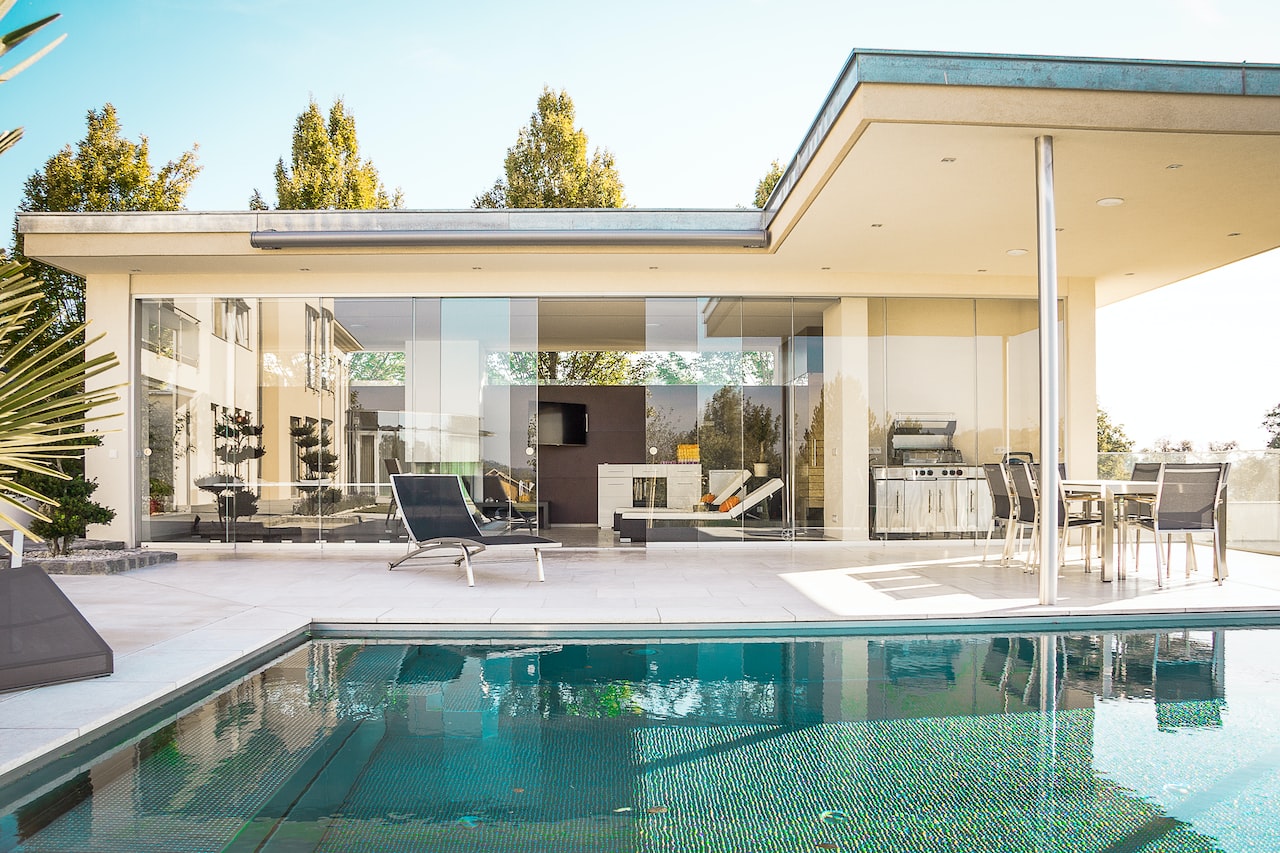